Sometimes all it takes is a stuffable animal to feel better. 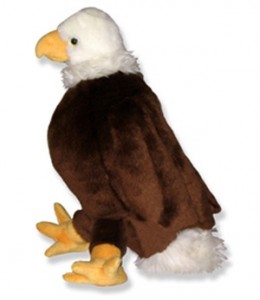 Nationwide, people have been showing their support for those affected the most by Superstorm Sandy by holding stuffed animal drives.

In Kansas City, a four-year old girl told her parents she wanted to help the children who were affected after hearing tales of children her age losing stuffed animals forever. Little Katherine Schell helped spearhead a drive that accumulated 1,800 stuffed animals, called “Project Daisy” after her favorite stuffed animals. Her and her parents flew to Stanton Island to deliver the load to happy children.

In New Bern, NC, on the coast of North Carolina, a second-grader also helped lead a drive for stuffed animal drive for those in need in the New Jersey and New York area. Jordyn Goodwin told ABC affiliate WCTI that she wanted to start the drive because she knew they would need the stuffed animals the most. “They can feel safe with their stuffed animal like I feel every night,” Goodwin said. “All of my stuffed animals are my best friends.”

Other stuffed animal drives in the news have been found in Iowa, Eastern Arizona and other parts of the country.

It was just released that damage in New York by Superstrom Sandy reached a staggering $32 billion dollars. 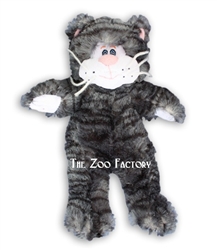 Looking for an inexpensive birthday party for your child where his friends and guests can enjoy and take home gifts? How about a stuffable animal birthday party!

Pick a litter of 8-inch stuffed animal kittens for $26.95, add on some apparel for the customizable animals and some accessories and have a fun build a stuffed animal party where everyone can be involved.

The Zoo Factory has the stuffing, plenty of accessories and apparel to make each animal unique while using your child’s creativity to make something he or she can truly call their own. It’s a way to have fun, be creative at a

relatively inexpensive price and something you child and truly be proud of.  The best part about it, the guests can take home their creations too and will be a birthday party they can remember too!

Check out all the unique animals, apparel, and accessories The Zoo Factory has to 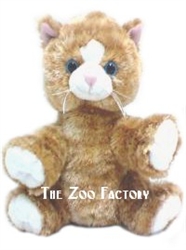 offer and make your child’s next birthday party, a stuffable animal birthday extravaganza!

Here are the four kittens that come in our litter for a stuffed animal party! 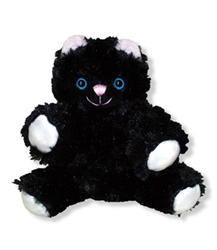 Check out this story in the Boston Herald in early June about a Boston transit train that was halted, during rush hour, after a fallen stuffable animal fell on the tracks.

Exiting the Orange Line train at the Green Street Station in Jamaica Plain, little 3-year old Riley dropped her bunny stuffable animal, Nummy, on the tracks during a busy 5:30 p.m. commute. Nummy, Riley’s first ever stuffed animal and first ever friend, was now in jeopardy of being run over.

“Everyone saw it. You could hear this huge gasp,” Nummy’s grandmother and Riley’s mother Casey Carey-Brown told the Boston Herald. 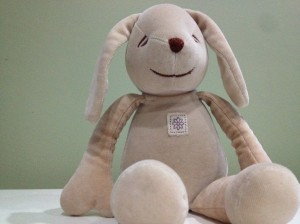 With screams and cries for help from scared Riley, Casey took a shot in the dark and told Massachusetts Bay Transportation Authority worker about the incident.

“I really expected her to say: ‘No, I’m sorry. It’s rush hour. There’s nothing that can be done,’” Casey told the Boston Herald. “And, that would be the end of the story.”

But what happened next was simple. The attendant phoned ahead to another attendant, who phoned the conductor of the oncoming train in Nunny’s path. The train stopped and the conductor got out and placed Nummy on the edge of the platform for Riley to never let go of again.

Listen to the MBTA calls ahead to the conductor here, courtesy of the Jamaica Plain Patch.

Simply incredible.  What would you do if your children’s stuffable animal was in danger of being killed?

Casey Carey-Brown blogs about her life with her daughter Riley, who she calls Roozle, and her wife Michelle, in “Life with Roozle.”