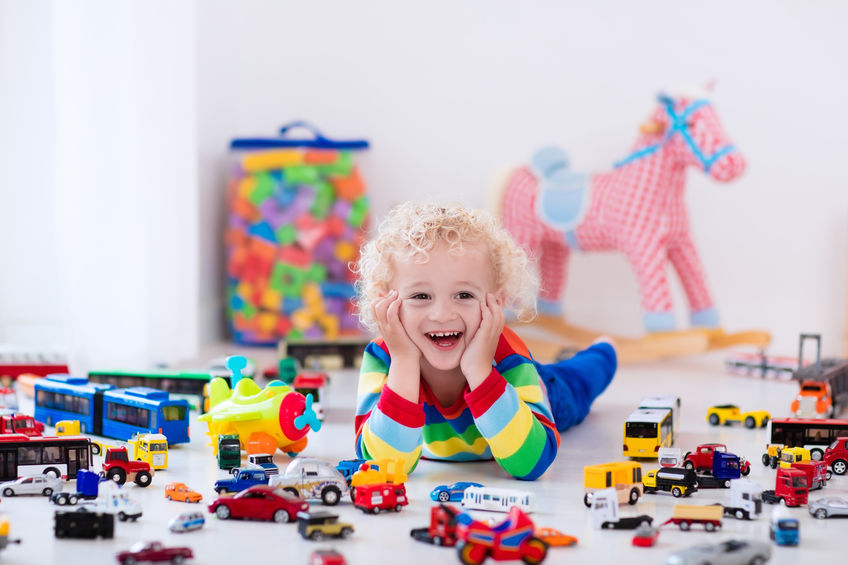 Children have amazing imaginations and their ability to play pretend and think up stories is inspiring. For many children, role-playing and creativity is often sparked through play. Playing with different types of toys can help to fuel a child’s imagination, helping them to become more innovative and imaginative. Read on to learn more:

When children play dress-up, their imaginations run wild! They can take ordinary clothes and turn them into fantastical stories, but they can also play with costumes. Costumes allow children to dress up as superheroes, historical figures, doctors, movie stars, animals, and more. They allow children to “become someone else” in a matter of minutes, resulting in endless hours of fun. Save some of your old clothing, such as shoes, purses, and ties, that could work perfectly for a costume!

Give a child (washable) colorful markers and watch them create new worlds and amazing ideas. Playing with art supplies triggers a child’s imagination, allowing them to put their thoughts and dreams into something real and tangible. Art is the perfect platform for allowing children to explore their personal creativity. Children just love to get messy with glitter, glue, stickers, and paints! You can also follow these tips on an easy clean up to limit the mess.

The concept of traveling to new and unseen places can heat up a child’s imagination. Children relate vehicles with trips to school, the park, grandma’s house, the beach, and more. Children love going places and experiencing new things, and they often associate cars with that concept. Playing with toy cars, buses, and trains give children the opportunity to take trips in their minds.

1 thought on “Toys that Enhance a Child’s Imagination”