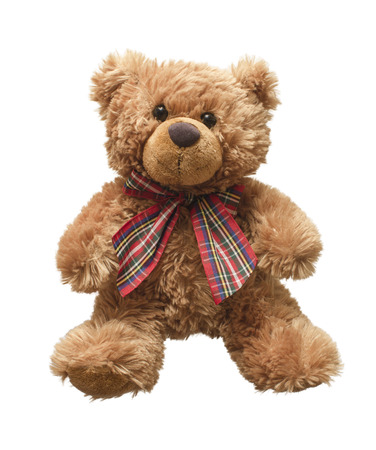 We all love our favorite teddy bear, but why exactly do we call them ‘teddy bears’? And why did people start making them in the first place? Turns out, it’s all thanks to a certain U.S. President and a hunting trip gone wrong.

On November 14, 1902, President Theodore Roosevelt, the 26th President of the United States, went on a bear hunting trip near Onward, Mississippi. The trip didn’t go well. The group of hunters had spent three days in the wilderness tracking bears, only to come up empty. Finally, on the fourth day, Roosevelt’s hunting guide, Holt Collier, managed to track down an old, tired bear. Tying it to a tree, he went back to the President and encouraged him to shoot it. Finding this very unsportsmanlike, Roosevelt refused, and went home empty handed.

A Political Cartoon and a Candy Shop

News spread about the incident, prompting Clifford Berryman, a political cartoonist, to draw a cartoon satirizing Roosevelt in the Washington Post. Two candy shop owners, Morris and Rose Michtom, saw the cartoon and had an idea. Rose had been making and selling stuffed toys in their shop for years, but she had never made a stuffed bear. The cartoon inspired her, so Rose made two stuffed bears and put them in the store window. Morris even asked for Roosevelt’s permission to call them “teddy bears,” since the President was often called “Teddy” by friends. Roosevelt loved the idea, as did the public, and they became an instant hit.

Over a hundred years later, teddy bears have become a staple of American culture, and no child should be without one. Here at The Zoo Factory, we have plenty of stuffable teddy bears to choose from, so take a look!