Most little girls love to play with their dolls. They imitate their mothers and things that they see portrayed in family TV shows. What little girl hasn’t fed her “dolly” real food and drink, and loved her almost to death?  So there is bound to be a certain amount of wear and tear and the occasional stains and grime. Caring for your American Girl doll is not difficult, and if you perform regular maintenance, your doll will stay “healthy” for years.

Caring for the skin

The skin of your American Girl doll is made of a soft, porous vinyl, which will absorb stains, so follow these cleaning tips.

Caring for the hair

For styling, never use human hair care products such as mousses, shampoos or styling gels, and never use hot rollers, curling irons, hair straightening irons, or blow dryers. Just lightly mist the hair to make it more manageable for styling and, for best results, use our Doll Hairbrush and Sparkly Hair Pick. For a detailed how-to, refer to our earlier blog: How to Wash and Style Your American Girl Doll’s Hair.

Know beforehand if the clothes are color fast. As washing machines are not gentle for doll clothes, hand wash them in the sink using either a mild soap or equal parts water and vinegar. Don’t wring the clothes dry, but pat them dry with a towel and then lay them flat to finish drying.  For wool clothing always hand wash in cold water and use a wool cleaner like Woolite or a mild baby shampoo.

Teachers of today face a new task on top of their traditional teaching chores. In addition to activities, field trips and lesson plans, teachers now need to work in ways to prevent bullying in their classrooms. Many people think that there’s little you can do about bullies, but that’s actually very far from true. It could be difficult if a child doesn’t learn consequences at home, but it can be done. A great way to combat bullying is to bring children together in a project, like a stuffable animal party. 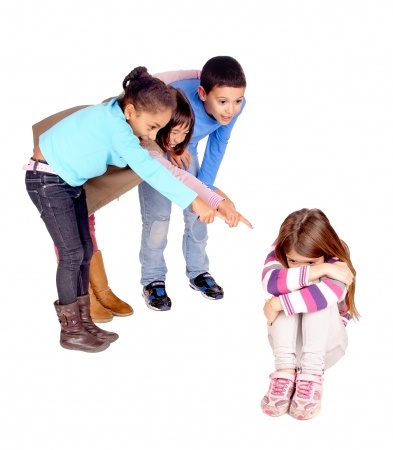 Here’s what you do….

First, remember that this isn’t a birthday party, so you’re not dealing with a group of kids that are friends. Some are the “in” kids, while others are the outcasts; your goal is to leave no outcasts, and nobody feeling bad at the end of it.

Then, choose one stuffed animal, because there could be fighting over the lion or the pig; just eliminate that problem before it’s even an issue.

Now, observe. Don’t let the kids know this is a bullying assignment. Some of the worst bullies are the kinds that pay attention to supervision and act innocent. Pretend to be engrossed in a book while the kids stuff their animals. Observe who breaks off into groups, and notice the instigators. Also, look for the kids who say rude things and poke fun at the others.

Finally, when the kids have all of their animals together, have a concluding discussion. At this time, use the kids’ animals to act out some of the behaviors you’ve noticed. After that, grab two students, who had nothing to do with the bullying and ask them to act out different skits. When kids see their peers being mistreated it strikes something in them. They see one of their friends being mistreated, and they become less likely to do it to others.  One of the best examples of this can be seen on Jimmy Kimmel’s show. He often has celebrities come on the show, to read aloud, some of the things people say and tweet about them online. Albeit comical, you can actually see how people’s feelings get hurt with just a few words.

Some bullies are mean people, and some are misunderstood kids but they all have something in common, they don’t realize how much they hurt the other person. Find a way to stop bullying in your classroom, in whatever way that works best for you. All you have to do is find a way to show the bullies how damaging their behavior is and they are likely to cease the rude behavior.

Some of today’s kindest doctors, public figures, and scientists are yesterday’s bullies, reformed. Bullies aren’t villains; they just need a little guidance from teachers who inspire them.