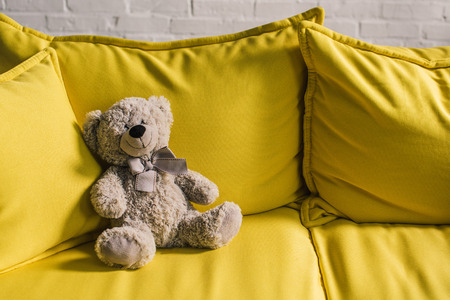 Yes, you read that sentence right. People are well aware of the benefits teddy bears bring to kids, but did you know they can also help adults? They can relieve stress, treat Alzheimer’s, and now, thanks to a Harvard research team, they can even make us behave better simply by being in the same room.

How They Did It

Harvard researchers Sreedhari Desai and Francesca Gino separated a group of people into two halves—one half was in a room with children’s toys (like crayons and teddy bears), the other was not. Each group was then asked to play games where subjects could influence how much money they and other people had by whether they lied or not. Researchers found that subjects in the room with crayons and teddy bears were less likely to lie and cheat, and were overall more generous, than the subjects in the other room.

So, what’s the connection? Researchers believed it was related to purity. According to Desai, “Child-related cues might unconsciously activate notions of goodness and drive us to get to a pure state and not want to pollute it.” And it makes sense. Most people are on their best behavior around children, trying to set a good example. Having a teddy bear by our side may not be the exact same as having a child by our side, but our brain connects the two, and as a result, we behave better.

So, if you, or someone you know, could benefit from having a teddy bear in the room, check out our inventory or contact us for more information.