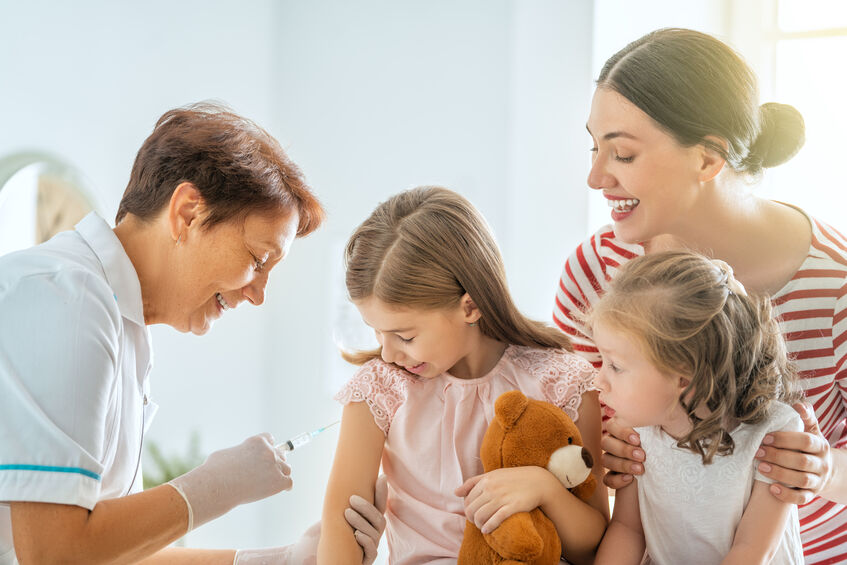 As of this blog post, the FDA is on the brink of approving the Pfizer-BioNTech COVID-19 vaccine for children ages 5 to 11. And for the past several months, children over the age of 12 years old have been receiving the vaccine. We all understand the importance of receiving the COVID-19 vaccine, as well as other vaccines, in order to safeguard our public health. Nevertheless, if you have a child with a fear of shots, getting them to sit down for a vaccine can be easier said than done.

But don’t give up just yet. By taking the right steps, you can help your child ease their fear of shots and get vaccinated like everyone else!

Educate them about vaccines

The less people know about something, the more they fear it. Kids are no different. If you educate your children about how vaccines work, they’ll be less frightened once the time comes to get one. Keep your explanation simple and emphasize that vaccines are here to protect us, not harm us.

Another way to lessen your child’s anxiety is to practice getting a shot beforehand. Purchase a toy medical kit and have one person play the doctor and the other play the patient. You can even use one of your child’s stuffed animals to play the role of the patient.

Our children model their behavior off of ours. Even if you’re a little nervous about shots, try to exhibit a sense of calm when it’s time for your child’s appointment. You can also try bringing your child with you when it’s time for you to get a shot yourself. While many adults have already received the COVID-19 vaccine, now is the best time to get your flu shot!

When the big day comes, it’s normal for your child to get a little nervous. To help manage their anxiety, consider having them bring a comfort item with them. This could be their favorite blankie, toy, stuffed animal, etc.

The Zoo Factory has plenty of lovable, stuffed animals that can help ease your child’s anxieties. Look through our website to find their next best friend today!

Category: Child Caring Tips
Tags: COVID-19 Vaccine, fear of shots, fear of shots in children, How to Help Your Child Overcome Their Fear of Shots 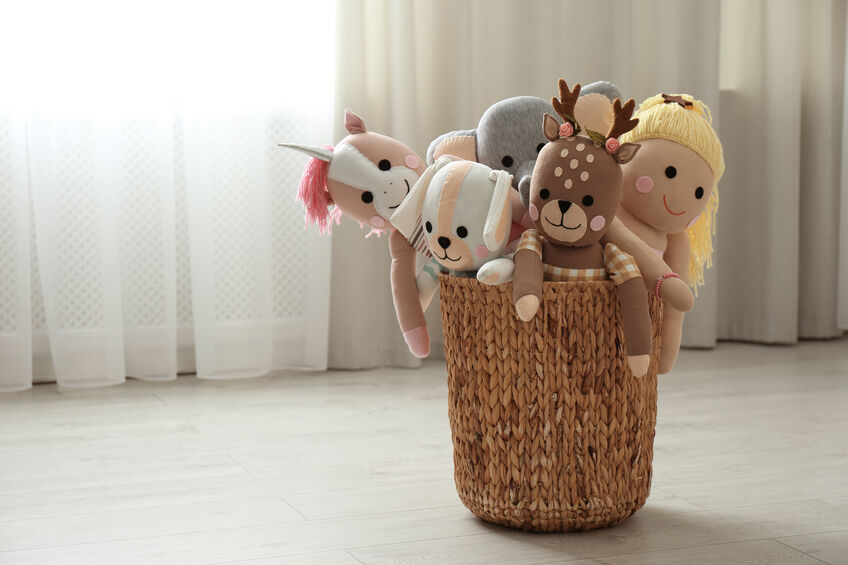 That stuffed animal has been at your child’s side for what seems like ages. You can’t picture one without the other. Except, you could probably stand to see the animal looking a little cleaner! When a well-loved stuffy has seen better days, performing a little magic cleaning can have it looking like new again.

Firstly consider a few factors when determining how to clean the stuffable animal. For instance, the older the animal is, the more fragile it has become. Harsh scrubbing may end up doing more damage than good, so it’s best to approach cleaning mildly and gently. Also, you will want to gage your level of cleaning on how the stuffy is constructed and what materials from which it is made. An animal with sturdy stitching and heat-friendly stuffing might do well being machine washed and dried. But an animal bonded by glue, or with moving parts will not fair well in a washing machine and dryer.

Follow all directions on labels when you can. For instance, if it says wash by hand, sometimes you can get away with a gentle cycle on the washer. But if it says surface clean only, it is best to comply. Be sure to remove any bows or accessories before washing in a machine. Not only can these items fall off or get ruined in the machines, but they have a nasty habit of working their way inside the machine and can cause serious problems for your appliances.

Know when it’s time to let it go

Animals that have been loved hard sometimes don’t make the cut anymore. Those that are deemed unsalvageable should be tossed. However, if is very meaningful, try to replace it with a new one before tossing the old. Also, if you are going to throw it out anyway, try it in the washing machine just in case. You haven’t got anything to lose!

Learning how to spot wash can help prevent you from having to wash the whole stuffed animal. Take a vacuum brush to the animal and gently remove dust and dirt. An upholstery cleaner may also be used on the stuffed animal, but be sure to test an area of the stuffed animal first. Use a safe, non-toxic cleaner  made of warm water and a squirt of liquid dishwashing soap. Beat the liquid and soap on a medium speed until foamy. Sponge clean the animal and use a spray water bottle to remove the suds. Let the animal air-dry. If desired, fluff the animal on a low heat or delicate dryer setting.

Have further questions on how to care for your stuffed animals? Contact The Zoo Factory today! 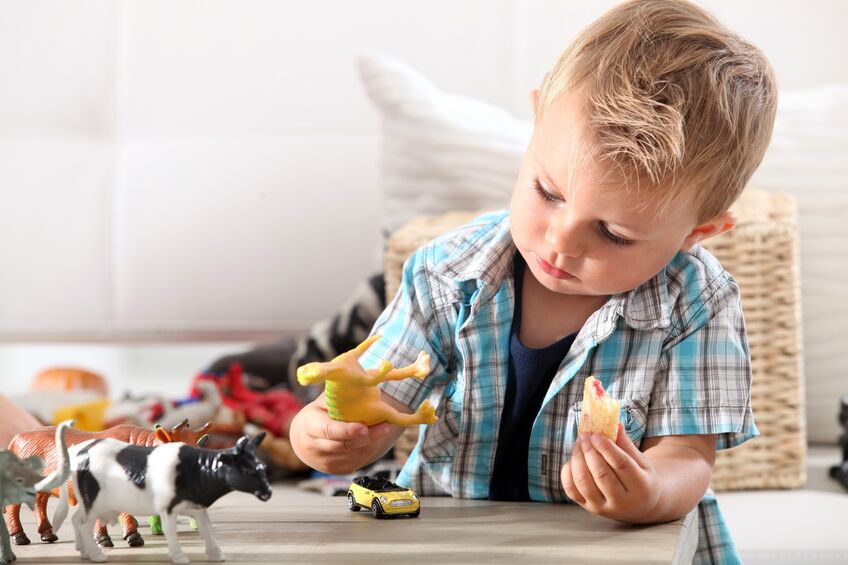 Every child is different, even if they come from the same parents. One child may have no problem with loud noises or large crowds, while the other can’t stand it. If your child is in the latter category, they could be highly sensitive. But what does this mean? Read on to learn more.

What is a highly sensitive child?

Psychiatrist Elaine Aron was the first person to coin the term HSP, or highly sensitive person. But what exactly does that mean? An adult or child who is considered an HSP has a highly reactive nervous system. In other words, they’re more sensitive to physical, emotional, and social stimuli, and thus quick to react.

How does this affect their day-to-day life?

For most of us, our brains filter out certain information, but HSPs take in everything. As a result, they are very perceptive. This can be a major advantage, but it can also work against them. When there is too much stimuli—such as in large crowds—an HSP can become overstimulated and overwhelmed. Adults can have the self-knowledge to handle overstimulation accordingly. But children do not. As a result, highly sensitive children may have emotional outbursts or shutdown all together.

Parenting a highly sensitive child may require different techniques. Here’s what you can do:

A stuffable animal from The Zoo Factory can help keep your highly sensitive child calm in tough situations. Look through our website today to get started! 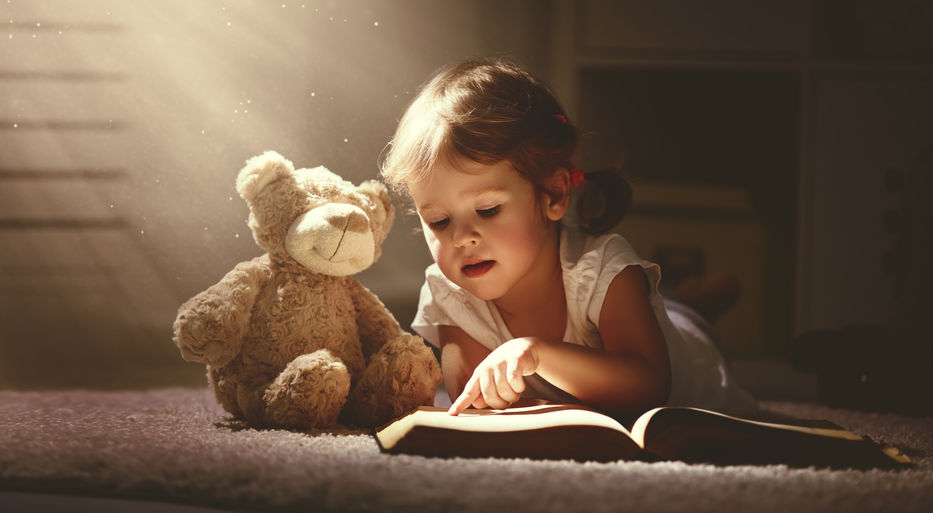 Each of us remembers when we were young and had a stuffed animal that was our best friend. We also remember the many fictional bears that we read about in books or saw on the TV. Many famous fictional bears were a crucial part of our childhood, establishing our love for teddy bears for years to come. Below are three of the most popular fictional bears from years’ passed.

Why do we continue to love Winnie the Pooh so much? Maybe it’s his boyish charm, or his innate ability to love his friends (Christopher Robin, Piglet, even Eeyore) no matter what. Or maybe it’s the chance that he’ll likely fall into a jar of honey at least once while you’re watching. Since he premiered in the 1920s, Winnie the Pooh has captivated young audiences. And for good reason. In fact, a movie titled “Christopher Robin” was just released in theaters highlighting Winne the Pooh and his friends in 2018.

We recently found out that one day, a man named Michael Bond took shelter from the snow, and laid his eyes on a teddy bear at a store nearby Paddington Station, in London. He purchased the bear for his wife and was then inspired to write his first book featuring the character, Paddington Bear, a duffel-coat-wearing teddy who migrates from Peru to London to start a new life. He also loves marmalade sandwiches. The books written about this beloved bear eventually sold over 30 million copies.

Ayyyy, Boo-Boo! A Warner Bros. classic, we had to give a mention to Yogi the Bear, who, along with his sidekick Boo-Boo, are on the hunt for picnic baskets, and fun. Yogi first appeared in 1958 on a show titled “The Huckleberry Hound Show” and his success spiraled from there. He was known to be “smarter than the average bear.”

These are just some of the fictional bears that we’ll remember forever, many of which continue to create new audiences with feature films, cartoons, and books alike.

At The Zoo Factory, we’re proud to offer an extensive selection of make-your-own stuffed animals. With dozens of fun, soft animals to choose from, your child can pick out his or her new favorite friend and toy.