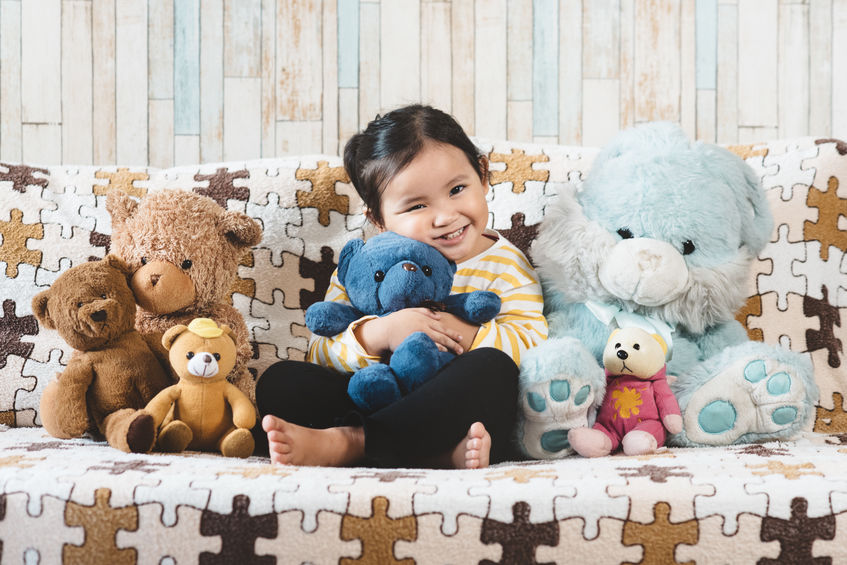 Studies have shown that more than 50 percent of Americans are still hanging on to the teddy bears they had when they were growing up. The idea of keeping a stuffed animal for years on end might seem silly. However, there are actually scientific reasons why so many kids—and adults—love their stuffed animals so much.

It’s human nature for kids to yearn for feelings of peacefulness and safety. Often times, they’re able to find those feelings in the arms of a teddy bear. Studies have shown that kids who spend a lot of time holding a stuffed animal tend to feel calmer and more secure than those who don’t.

The average stuffed animal can’t walk or talk. Nevertheless, they can help kids overcome psychological trauma and fill a void in their lives. They can also make kids feel like they have some control over the things happening in their lives since they’re able to use their imaginations with their stuffed animals.

Stuffed animals, and teddy bears specifically, are built to have many of the same facial features and proportions as humans. So, when kids hug a teddy bear, it makes them feel like they are caring for their teddy as much as they believe their teddy cares for them. Even though this stuffed animal is an inanimate object, a bond is formed.

Would you like to give a teddy bear or another stuffed animal to a special child in your life? The Zoo Factory has countless options for you to choose from, including farm animals, wild animals, and more. Order yours today!