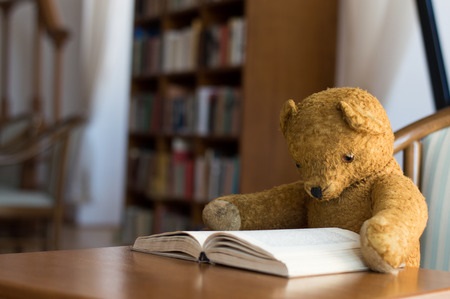 Whether you’re a teacher or a parent, teaching children to read can be an arduous task. Some have difficulty with the material, others are bored by it. Nevertheless, it’s always important to encourage reading young, and a great way to do that is through a stuffed animal reading buddy. Here are some ways you can use your stuffed animals to encourage your children to read:

Reading aloud is a great technique to improve fluency and reading skills. According to recent research, reading aloud makes words easier to remember and helps children focus better on the material in front of them. However, not everyone enjoys reading aloud in front of other people. That’s how a stuffed animal reading buddy can help. Not only will your child be able to practice by reading to their stuffed animal, but they also won’t feel any performance anxiety by reading to their stuffed friend.

A strategy mascot is a stuffed animal that represents a certain reading strategy to help children better remember it. For example, Stretch the Snake reminds students to stretch the word out in order to help them sound it out, and Eagle Eyes tells them to look at pictures to help them figure out words. While this technique was originally used with beanie babies, you can use it with any kind of stuffed animal.

Looking for a new reading buddy for your child? The Zoo Factory has you covered. We have stuffable animals of all shapes and sizes, so look through our inventory or contact us for more information. 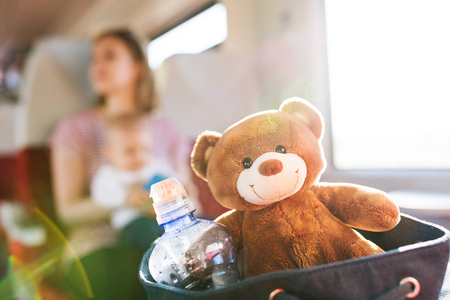 We all dream of leaving our normal routines and traveling the world someday. Well, as it turns out, one adventurous teddy bear is doing just that. As the travel companion of travel writer Elaine Warner, Fuzzy has traveled from Spain to Norway to the Americas and back again. Read on to learn more:

The Society of American Travel Writers is a networking organization for travel writers, journalists, photographers, and other content producers. It sponsors journalists like Warner to travel the world and write about interesting places and people. About 15 years ago, the SATW started a traveling teddy program where their travel journalists would bring teddy bears along with them. These teddy bears would be assigned to classrooms where they would write to students about where they’ve been.

Unfortunately, the program quickly dwindled. Travel journalists have to carry a lot of equipment with them, and it became difficult to constantly keep a teddy bear with them at all times. However, one teddy bear continued with his travels. Fuzzy, the teddy bear companion of Warner, continued to travel with her on her many trips. In the past 15 years, Fuzzy has been to the Grand Canyon, Madrid, Cornwall, and more. In 2008, Warner began a blog for Fuzzy called Teddy’s Travels where she documents what Fuzzy did at their most recent destination, even sharing some pictures of Fuzzy at famous places around the world.

Teddy’s Travels isn’t just a cute blog for people to follow, it has also become a learning tool for many classrooms around the country. “It’s very hand if you have five minutes between subjects or when it’s almost time for lunch or recess and you don’t want to start something new,” said Warner. “Teachers can take it as far as they want, or just use it for that. I once had a teacher who kept track of where the bear was going on a map in her classroom, and if the children were taking a trip themselves, she asked them to journal their stories.”

Looking for a travel companion of your own? Then check out some of the stuffable animals we have here at The Zoo Factory. 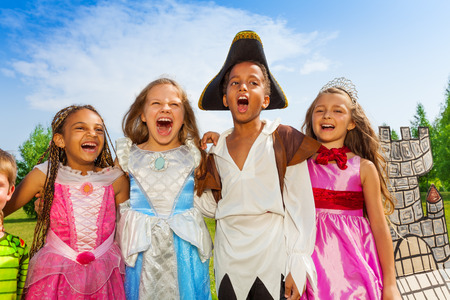 Halloween is coming up, so you know what that means—it’s time to take out our costumes and dress up as our favorite heroes and animals. And, as it turns out, playing dress-up can actually be extremely beneficial to our children. Here’s how:

See the world through other viewpoints

When children play dress-up, they learn valuable ways in which others contribute to our lives. Perhaps a child is playing the role of a mother and has a crying baby to nurture, or maybe they’re pretending to be a policeman and stopping “the bad guys.” This sense of imagination allows children to learn empathy through having to see alternative viewpoints and respond to them accordingly.

Building blocks for a diverse vocabulary

When children play through dress-up, they begin to explore terms, phrases and words that are often inclusive to the role they are playing. These strengths can develop through hearing certain words in books and transferring them into the role they’re playing where children will eventually use them in daily conversations.

For children, dressing up and having theatrical elements to their play can greatly impact their overall confidence. Self-expression is incredibly helpful when building self-confidence, and this is just another way we can allow children to develop that skill. What child doesn’t feel on top of the world while dressed up as their favorite super hero?

If your child loves playing dress up, consider purchasing some outfits for one of their Zoo Factory stuffed animals so that the two can play dress up together! Visit our website for a wide selection of outfits.