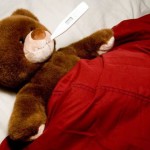 We found an article from ABC News that we just had to share, it was too cute.

A group of German medical students have helped find a way to ease the fear of young children about being in a hospital- through the use of teddy bears and other stuffed animals. They hosted an event where they could help cure, test, and do surgery on stuffed animals (with imaginary illnesses, of course).

It is said that about 90% of children have fears and anxieties about hospitals and doctors. The students used a mix of real and fake instruments to help diagnose and treat the critters, including the use of x-rays and CT scans.

Some even had make-believe consultations and prescriptions given to them! One stuffed dragon needed to have an operation done, which gave his owner the chance to learn about sterility. So not only were the children involved in the process, they got to learn about what goes on in doctors rooms to make it all seem less scary.

Seeing that their favorite stuffed animals turned out ok, and stepping into the roles of doctors themselves helped them see the importance of the doctor’s jobs and see that it isn’t really all that scary. When you take a look at the original article (link at the bottom of the post) you will see that the children were even dressed up in scrubs and hair nets to get the full effect.

However, we are pleased to say that occasionally all that was needed to get the job done was a simple Band-Aid.

Stuffed animals have always been known to bring comfort in times of need, but it is simply heartwarming to see their affect at work like this.

Tell me, when have stuffed animals come to the rescue for you?

Check out the article from ABC News here.