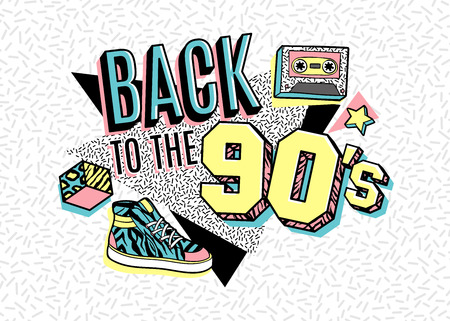 Children these days don’t know what they missed out on during the last two decades of the 20th century. The 1980s had Cabbage Patch Kids and Care Bears. The 1990s had their own trends. Many of these popular ‘90s toys have tried to make a comeback in the past few decades, but it will never be the same as their original debut. Today, The Zoo Factory is taking a trip back in time and covering all of the best-stuffed toys from the ’90s.

These plush puppies with tiny tummy compartments served as your most trusted friend during the ’90s. Their promise, “keeping secrets safe for little girls,” remained true by having the ability to lock all your prized possessions and keeping them safe from others. One of the best parts, the wearable charms on their stomachs, snapped off and became the key to opening the secret hiding place.

Beanie Babies were an iconic plush toy in the ’90s. If you grew up during this time, you most likely had a closet full of these stuffed animals. From bears to iguanas, there were plenty of animals to welcome into your plush family. These collectibles were personalized with their names, and they were a staple piece in every child’s toy chest. Today, some Beanie Babies are resold for thousands of dollars!

Almost everyone knows of Elmo, the furry red monster, most commonly known for his premier on Sesame Street. In 1996, Tickle Me Elmo was the must-have toy of the year. Elmo danced, laughed, and talked if you tickled it in the right spot. At one point, consumers would do nearly anything to get their hands on the most popular toy of the year.

Today, some of the most popular ‘90s toys are either no longer around or they’re very hard to find. Nevertheless, that doesn’t mean your children can’t enjoy a stuffed toy of their own. From mystical creatures to aquatic animals from under the sea, we at The Zoo Factory know that you’ll have no problem finding the perfect animal to bring home. Check out our large selection here. 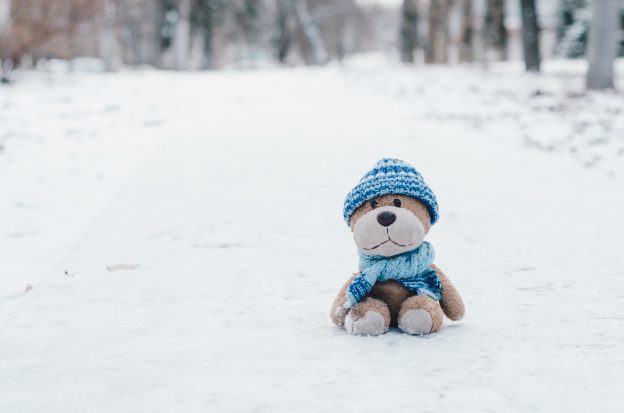 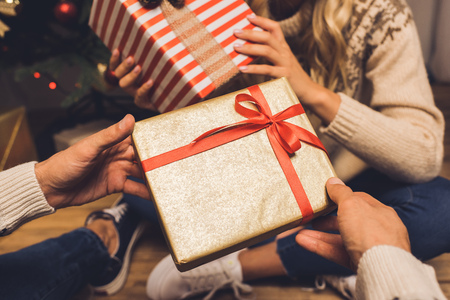 We may not always admit it, but exchanging gifts is probably our favorite part about Christmas. No matter your age, there’s always that rush of excitement as you’re opening presents Christmas morning. But why stick to the usual gift opening routine? Instead, consider doing a family gift exchange to add a little bit more fun to your Christmas morning. Here are some ideas to get you started:

Secret Santa is a great way to add a little mystery and intrigue to Christmas. Fill a bowl with names and have each person draw a name. Whoever’s name they draw they have to get a present for, but here’s the catch—they can’t tell the person they’re getting a gift for. Instead, the person must guess who their Secret Santa was after opening their gift. You can even provide clues for people to mull over if they’re having trouble guessing.

If Secret Santa provides intrigue, then White Elephant provides competition. With a White Elephant exchange, each person brings a wrapped gift and adds it to a common pool. People then draw numbers to determine what order they can go. When it’s your turn, you get to choose to either pick an unwrapped gift or steal a previous player’s gift. If your gift gets stolen, then you have the option to steal another person’s gift. The game ends when someone declines to steal a gift.

With White Elephant, you compete for your gifts. With grab bag, you leave it up to chance. The rules for grab bag are pretty simple. Place all of your gifts in a bag and then take turns grabbing gifts out of the bag. But no peeking allowed!

This gift exchange is similar to musical chairs, except it will be the presents moving with the music rather than yourself. Sit in a circle and put on some music. Then start passing a gift along. When the music stops, the gift that is in your hands stays with you.

If you’re doing a family gift exchange this Christmas, then you’ll want to make sure that you bring the perfect gift. So, why not bring a stuffable animal? Here at The Zoo Factory, we have plenty of stuffable animals for you to choose from. Look through our inventory or contact us for more information. 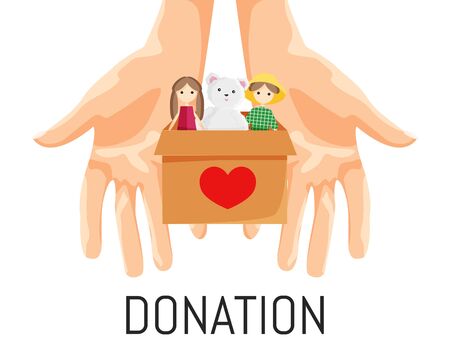 Last week we talked about how you can help children and families in need by organizing a toy drive in your community. There are many of us, however, who don’t have the time to start our own toy drives but still want to help the struggling families in our area. Thankfully, you can do just that by donating some of your families’ stuffed animals. If you’re not sure where to start, here are some places that are always looking for donations, especially during the holiday season.

The most obvious place to start is your local charity. You’ll likely have a Salvation Army or Goodwill location in your neighborhood that will be accepting old toys and stuffed animals. They will then take your stuffed animals and give them directly to a less fortunate child or sell them at their thrift store. As an added bonus, you can also deduct the items you donate on your taxes.

While charities are usually people’s first choice, your local hospitals and doctors’ offices will also be accepting donations during the holidays. Many of these facilities use these stuffed animals to help their young patients during recovery. Just be sure to check with your local hospital or doctors’ office beforehand, as some don’t accept older items due to the risk of illness.

In addition to your local hospitals and doctors’ offices, you should also check out your local police and fire departments. Police officers and firefighters often carry stuffed animals with them to comfort traumatized children, so they’re always looking for donations from local families. Call your police or fire departments to see when and where you can donate.

We at The Zoo Factory want to make sure every child has a happy holiday this year. So, if you would like to learn more about how you can use stuffed animals to help local children in need, then give us a call today at 866-993-3325.